Recycling may now be commonplace in the United Kingdom, but it is animals that have been at the forefront of the practice.

Modern-day recycling began to boom in the 1960’s, though it’s possible to trace its rise in popularity back to the Second World War.

Nowadays, it is part of everyday routine for both households and business alike.

It would therefore be forgiven to think humans pioneered the exercise, but some animals have actually reused for centuries. 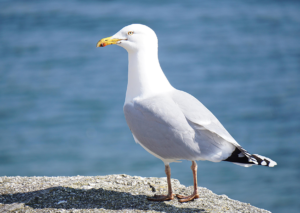 Nature’s ultimate recyclers are birds, and their talents have only grown since dwelling in and around cities.

Birds, especially gulls and pigeons, are a familiar sight in towns and cities across the United Kingdom and living alongside people has allowed them to become experts in using our litter to build their nests.

Birds are even known to line their homes with discarded cigarette butts, as the cellulose acetate, a component found within filters, acts as a repellent to parasitic mites. 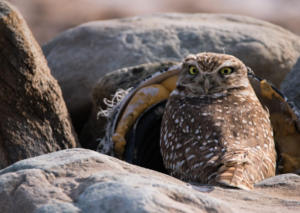 Burrowing Owls are an anomaly of their species, favouring the ground and indeed burrows for their homes and nests.

The owls are native to North and South America and can be found on open, dry areas with low vegetation such as deserts or grasslands.

According to the Cornell Lab of Ornithology, burrowing owls are experts in reusing burrows already excavated by other animals such as prairie dogs.

While the owls are more than capable of digging for themselves, they often prefer an energy saving approach, opting for homes already dug by animals that have moved on.

Some exceptionally intelligent owls have also devised an animal dung recycling system, to lure their favourite food, dung beetles, to their doorsteps.

The craft involves laying animal dung at the opening of their burrows and simply waiting for the beetles to catch the scent and arrive. 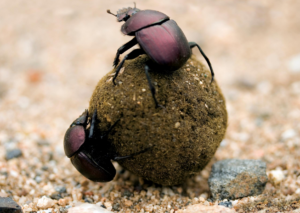 While dung beetles may find themselves at the wrong end of the burrowing owls’ habits, they themselves play a pivotal role in nature’s recycling.

Not only do the beetles build their homes from faeces, they eat it as well as laying their eggs in it.

An unsung hero in the recycling world, it is estimated the dung beetle saves the United States’ cattle industry $380 million annually, simply by repurposing livestock manure. 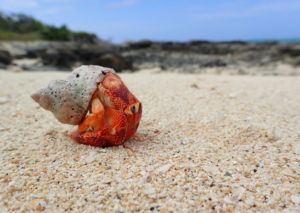 Hermit crabs do not have shells, meaning they have to find their own for protection.

With over 800 types of hermit crab, the species often find themselves in competition for available homes.

The crabs usually salvage shells that have been abandoned from the likes of seashells or other crustaceans but will also repurpose the likes of bottles and cans.

Once the hermit crab has outgrown its shell, it will locate another, meaning they constantly recycle and reuse throughout their 30-year lifespan. 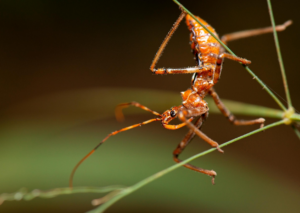 With a moniker that lives up to their practices, assassin bugs are experts in recycling food waste.

The name is derived from the bugs ruthless reputation, as they grab their insect prey and pump it with paralytic enzymes, before eating its insides.

And, as National Geographic noted, assassin bugs don’t just discard the outer shell of their victims, they wear them to ward off predators.

Researches from the University of Canterbury found that bugs who donned their victims were ten times less likely to be attacked than if they were corpse-free.

Click here to read about our recycling services, or contact us now for a free, no obligations quote.

Any cookies that may not be particularly necessary for the website to function and is used specifically to collect user personal data via analytics, ads, other embedded contents are termed as non-necessary cookies. It is mandatory to procure user consent prior to running these cookies on your website.